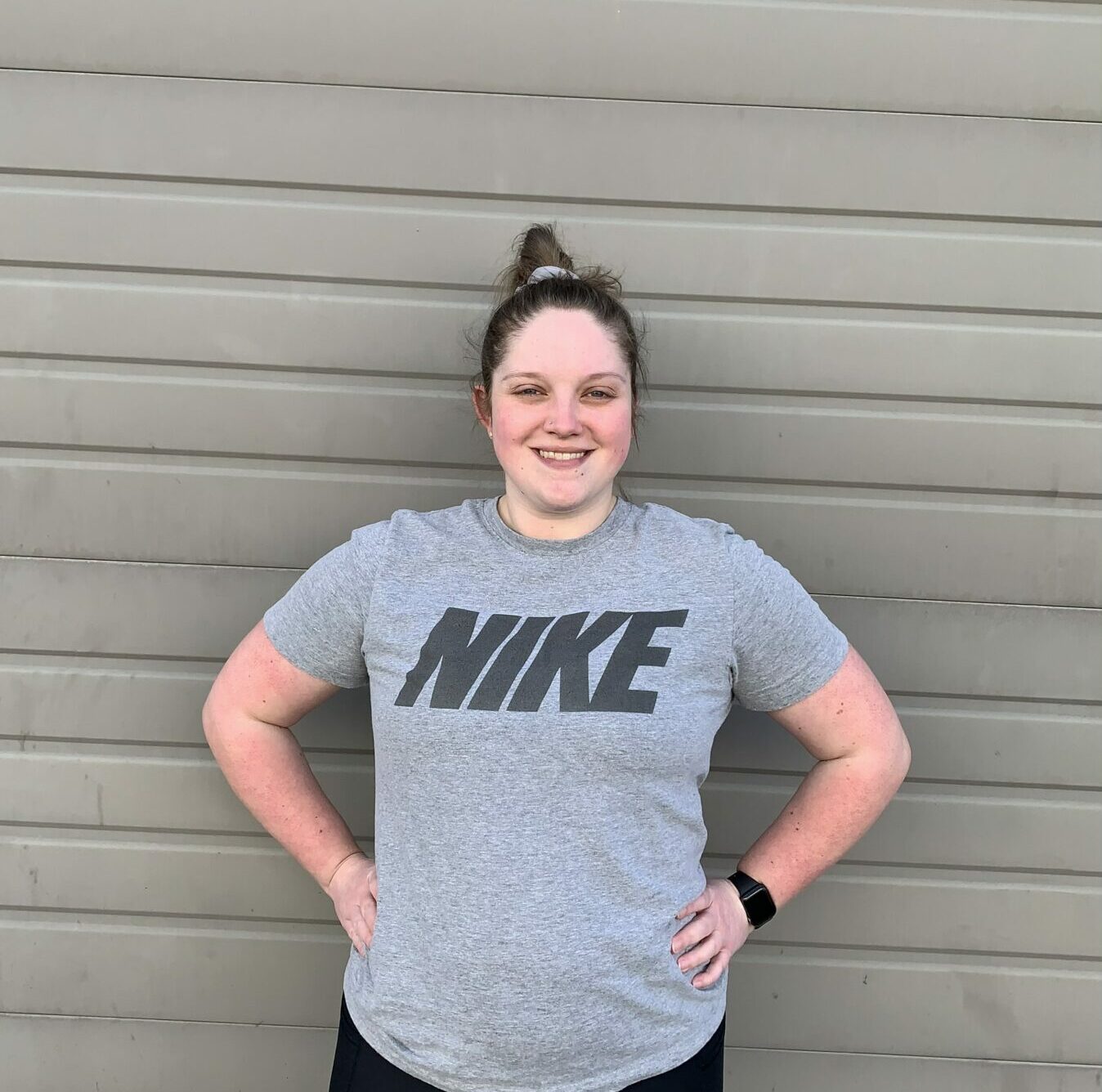 Congratulations to Natalie Stager, our April 2021 BSC Athlete of the Month!

Where were you in your fitness journey before BSC and where are you now?

Before coming to BSC, I had been trying to get a handle on some chronic illnesses that felt like they were taking over my life. Once I finally felt well enough to start exercising again, I was excited to try CrossFit because I had always wanted to but had always been too intimidated. Since starting at BSC, I have gained so much strength and confidence. Although I still have some days where I can’t work out as hard as I’d like, I feel so much better overall. Instead of being intimated by barbells, I always want to lift, and I’ve improved in my cardio, even though it’s not my favorite.

What were your goals when you started and have you achieved any of them?

My main goal was just to feel strong again, and I’ve definitely achieved that. I feel strong and capable. I’ve also always had the goal of getting a pull-up, and I’m getting a lot closer to that. I’ve hit some lifting PRs that I’ve been really excited about as well. That’s one of the things I love about CrossFit: once you achieve one goal, there’s another one that you get to work toward

What about BSC makes you keep coming back?

I love that the community is so supportive. Also, when I come into to gym, I know that it is a place where I can challenge myself, and I don’t have to worry about failing because that is part of the process, and everyone supports your efforts regardless. I feel like CrossFit and BSC have given me permission to believe in my abilities and reach goals that I would have been too embarrassed to even say before.

When/what was your “ah ha!” moment?

Does anyone the gym (member or trainer) inspire you and why?

So many people at the gym inspire me. My workout buddy Tara has inspired me to come to the gym often and consistently, and watching incredible athletes kill it every day encourages me to believe that I can be stronger and fitter. All of the coaches are so supportive, and numerous times when I would have quit, they have pushed me to finish. Those mental wins have been so important for me.